The QX-LM series are professional glass laminating machines for use without an autoclave system. The QX-LM series can laminate EVA (Ethylene Vinyl Acetate), DuPont™ SENTRYGLAS® (SG), and PVB (Polyvinyl Butyral).

The QX-LM series are professional glass laminating machines for use without an autoclave system. The QX-LM series can laminate EVA (Ethylene Vinyl Acetate), DuPont™ SENTRYGLAS® (SG), and PVB (Polyvinyl Butyral). The QX-LM series consists of two heating tables arranged in line with a movable top hearth that may be positioned over an individual table at a given time. Each table has its own heating and vacuum system that encompasses the whole of their working area. A dual connection on the vacuum pump allows for both tables to be in compression at the same time if so desired. For example, heat/vacuum laminating on one and cool/vacuum material preparation on the other. The QX-LM series utilizes multiple propellers arranged on the top of the movable hearth as a convection system to assure even heat distribution. The upper heating elements are arranged in individually controlled groups for greater heat manipulation. The thermocouples are free moving and can be position directly on the glass to assure a “true” temperature reading. A PLC or simple timer combination assists the operator in introducing the heating recipes for batch production. The laminating process with use of the QX-LM series works as follows: Glass is first seamed, cleaned, and assembled in sandwich form with the glass as the outer shell and the PVB, SENTRYGLAS®, or EVA film (or EVA+interlayer+EVA) constituting the inner layer(s) of the glass sandwich. The glass sandwich is positioned on the heating tables and the vacuum is drawn. The movable hearth is positioned over the production table and the heating process is initiated. Heating cycles may last anywhere from 60min – 190min depending on the interlayer, glass thickness, and/or type and thickness of interlayer film(s) used. After the heating cycles, the laminated glass is cooled. The movable top hearth may be moved to the other table for next batch production as the finished table is offloaded. Lamination work may be done for an array of decorative glass, ballistic, or security applications such as for handrails, pointed support walls, and canopies. The PVB, SENTRYGLAS®, or EVA films may each be layered to its own type to achieve desired thickness of the laminate. In addition, decorative interlayers such as fabrics, rice paper, film, and PET may be used with EVA to achieve a desired effect. *Note: The use of PVB requires additional material handling equipment prior to the actual laminating process. DuPont™ SentryGlas® is designed to withstand high wind forces and has received the Miami Dade County’s Product Control Notice of Acceptance (NAO). 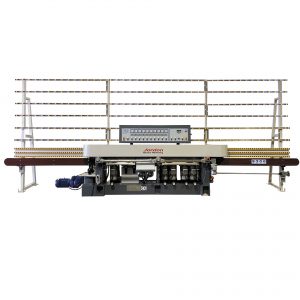 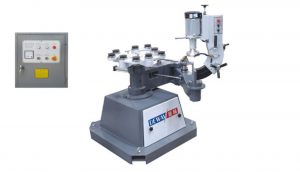 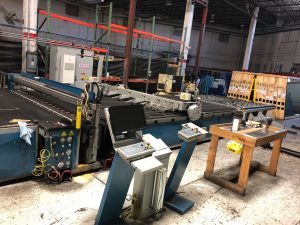 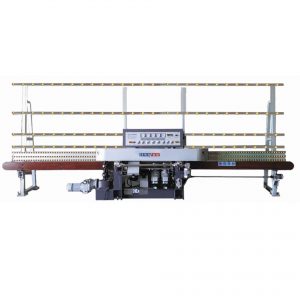 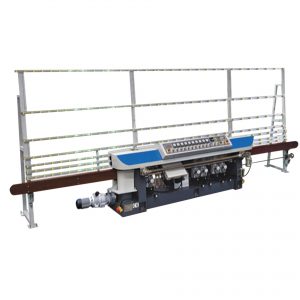 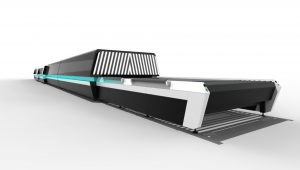 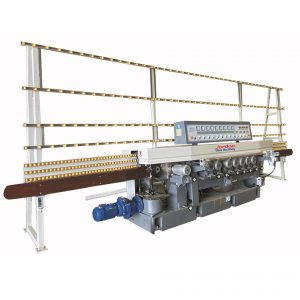 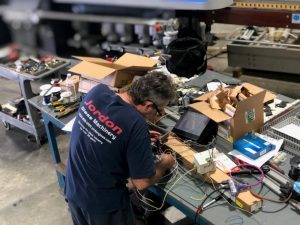 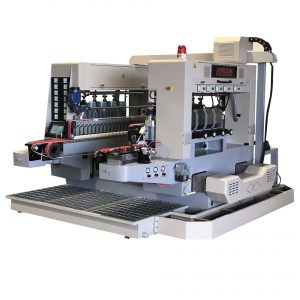 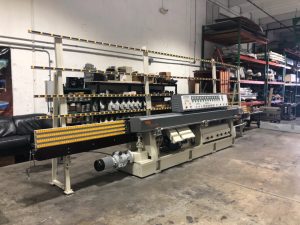 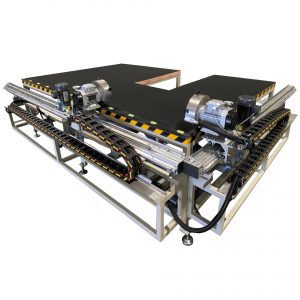 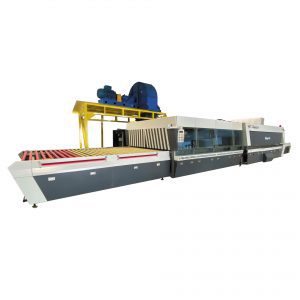